What is Dia de los Muertos?

Recent visitors to Chittenden Hall will have noticed some new décor as they enter the building. This brightly colored arrangement of photographs, flowers, skulls, and other items is an ofrenda. A centerpiece of the Day of the Dead (Dia de los Muertos in Spanish) celebration, the ofrenda is an altar that is used to pay tribute to deceased loved ones.

This ofrenda in the lobby of Chittenden Hall is part of a campus-wide collaboration designed to celebrate Dia de los Muertos and was organized by Graduate School Chief of Staff Melissa Del Rio in collaboration with other offices on campus.

We sat down with Melissa to learn more about Dia de los Muertos in her own words: 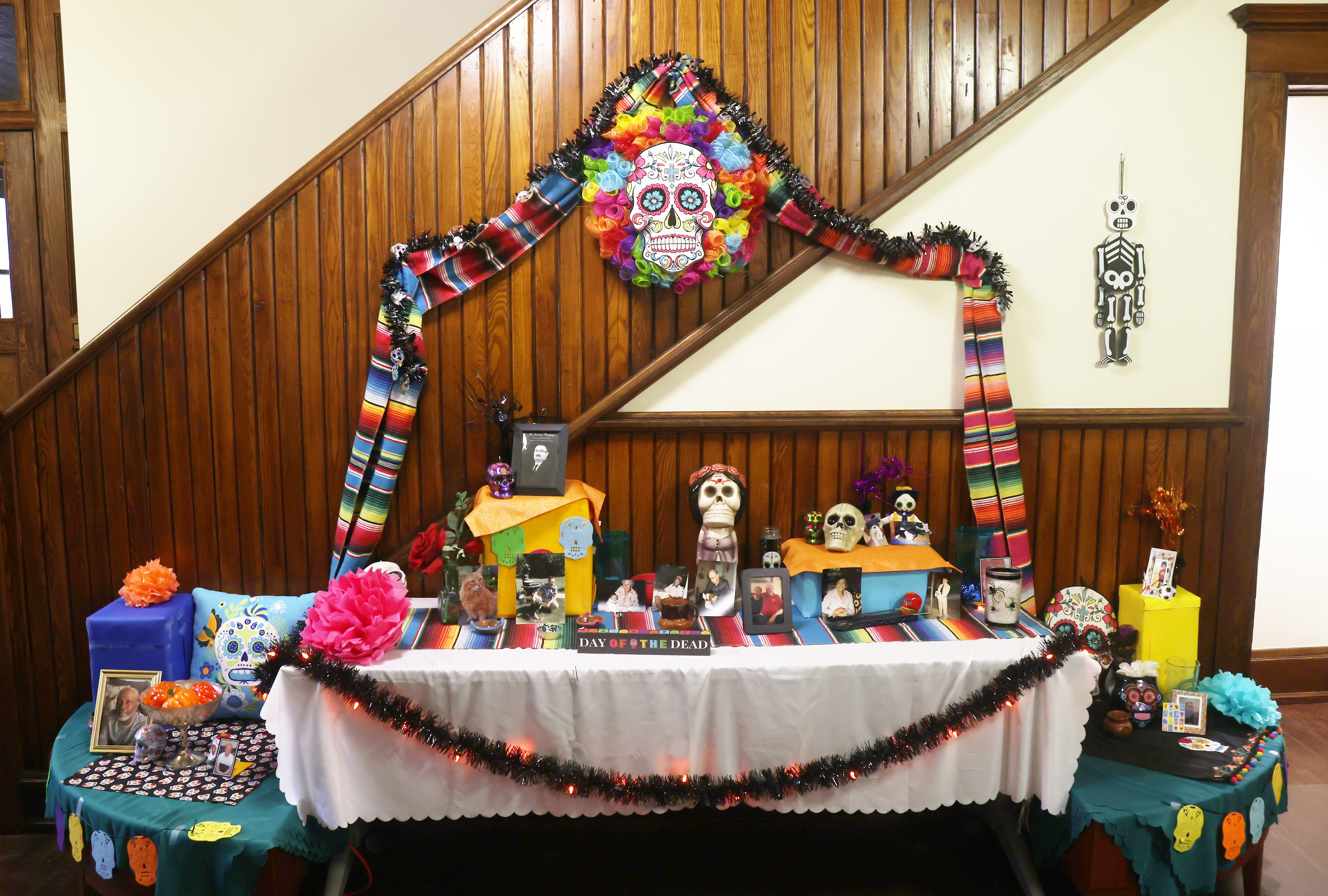 What is Day of the Dead/Dia de los Muertos?

Dia de los Muertos is a traditional celebration on November 1 and 2 to remember those who have passed away. There are four key components included in the altar that are designed to represent different elements: earth, wind, light, and water. These may be arranged on different levels of the altar as well.

Dia de los Muertos has Aztec roots and grew to be a Mexican tradition, though it’s celebrated differently in many Latin American countries. Other parts of the celebration include going to church and going out for a family meal. In Mexico there are often parades and other cultural events.

What does Dia de los Muertos mean to you?