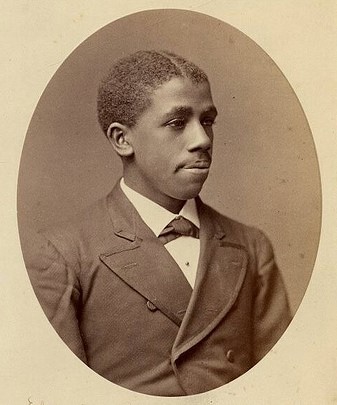 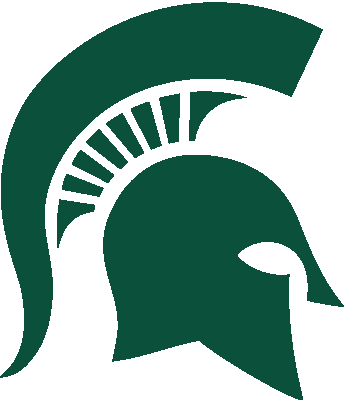 The purpose of the Edward A. Bouchet Graduate Honor Society is to recognize outstanding scholarly achievement and promote diversity and excellence in doctoral education and the professoriate. The Edward A. Bouchet Graduate Honor Society seeks to develop a network of preeminent scholars who exemplify academic and personal excellence, foster environments of support, and serve as examples of scholarship, leadership, character, service, and advocacy for students who have been traditionally underrepresented in the academy. In the spirit of Edward A. Bouchet and the scholarship, leadership, character, service, and advocacy he exhibited, both inside and outside academic realms, inductees into the honor society bearing his name must also exhibit these same outstanding qualities.

The national charter of the Edward Alexander Bouchet Society was inaugurated on September 15, 2005, in commemoration of Bouchet’s birthday, by Yale University and Howard University. There are currently eighteen chapter institutions. The society is named in honor of Edward A. Bouchet (1852-1918), who became the first African American to earn a doctorate from an American university when he earned a Ph.D. in Physics from Yale University in 1876. "One can only imagine the ‘inner strength’ he must have had given that he lived during a time that was exceedingly difficult for Black people,” observed Dr. Michelle Nearon, Senior Associate Dean for Graduate Student Development and Diversity at Yale University, in 2018, “We don’t know for sure, but it is probably safe to say that Dr. Bouchet knew that the odds of him being able to secure a faculty position were relatively nonexistent. Yet, owing much to his persevering nature, resilience, deep love of knowledge, and sheer brilliance he continued to excel academically." The Edward A. Bouchet Graduate Honor Society recognizes outstanding scholarly achievement and promotes diversity and excellence in doctoral education and the professoriate. In particular, the Bouchet Society seeks to support and cultivate a dynamic network of outstanding and multitalented scholars who are commited to the society's core values, serving as exemplars of scholarship, leadership, character, service, and advocacy for students who have been traditionally underrepresented in the academy. In the spirit of Bouchet’s life, work and commitment to these pursuits in academic and public spaces, inductees into the honor society bearing his name should also embrace and exemplify these principles. Membership into the Bouchet Graduate Honor Society is by nomination only.

In February 2019, Michigan State University's application to become a Bouchet Graduate Honor Society (BGHS) institutional partner was accepted. On April 5, 2019 during the wonderful “New Chapter Installation Ceremony” at the 16th Annual Yale Bouchet Conference on Diversity and Graduate Education, Michigan State University was formally welcomed as an institutional partner into the society. MSU Associate Provost for Graduate Education and Dean of the Graduate School Thomas Jeitschko was delighted to deliver appreciative remarks at the “New Installation Ceremony” and University Distinguished Professor of History and Associate Dean Pero G. Dagbovie, who will serve as the MSU chapter’s institutional National Steering Committee representative, delivered the “Opening Plenary Presentation” that addressed the theme of the 2019 conference, “Reflections on Racism and U.S. Racial Tensions in the 21st Century.” The MSU Graduate School is thrilled to be an institutional partner in this society that significantly aligns with the mission, values, and goals of our Strategic Plan (2019-2024) and our enduring commitment to diversity and inclusive recruitment and retention practices. Ph.D.-granting institutions that have exhibited a sustained record of recruiting, retaining and graduating scholars, and particularly those who are traditionally underrepresented in the academy, are invited to establish BGHS chapters. Invited institutions, moreover, are expected to demonstrate prior reform efforts designed to promote diversity and excellence in doctoral education and should demonstrate their dedication to diversity in graduate education by exhibiting a track record of training underrepresented students in the academy for employment in academia and beyond. The MSU Graduate School also takes great pride in the fact that long-time Bouchet enthusiast Dr. Curtis L. Patton, Professor Emeritus, Epidemiology and Public Health, Yale University, earned his Ph.D. from MSU in Microbiology in 1966 and in January 2013 established an Endowment Agreement with MSU to create The Edward A. Bouchet Graduate Award.

Further Information Related to the BGHS at MSU

For more information pertaining to the Edward Alexander Bouchet Society’s mission and five core values; Bouchet’s facinating life; and the procedures and instructions for being nominated and applying for membership in the MSU BGHS chapter, see the links below.

In April 2019 at the “New Chapter Installation Ceremony” at the 16th Annual Yale Bouchet Conference on Diversity and Graduate Education, Michigan State University was formally welcomed as an institutional partner into the society.  Five exceptional MSU graduate students were nominated and then selected to be in the first cohort of inductees into the university’s chapter of the Edward A. Bouchet Graduate Honor Society.

All are Ph.D. candidates at MSU who, in the spirit of Bouchet, exemplify the five core values of the society (character, leadership, advocacy for those traditionally underrepresented in the academy, service, and scholarship). 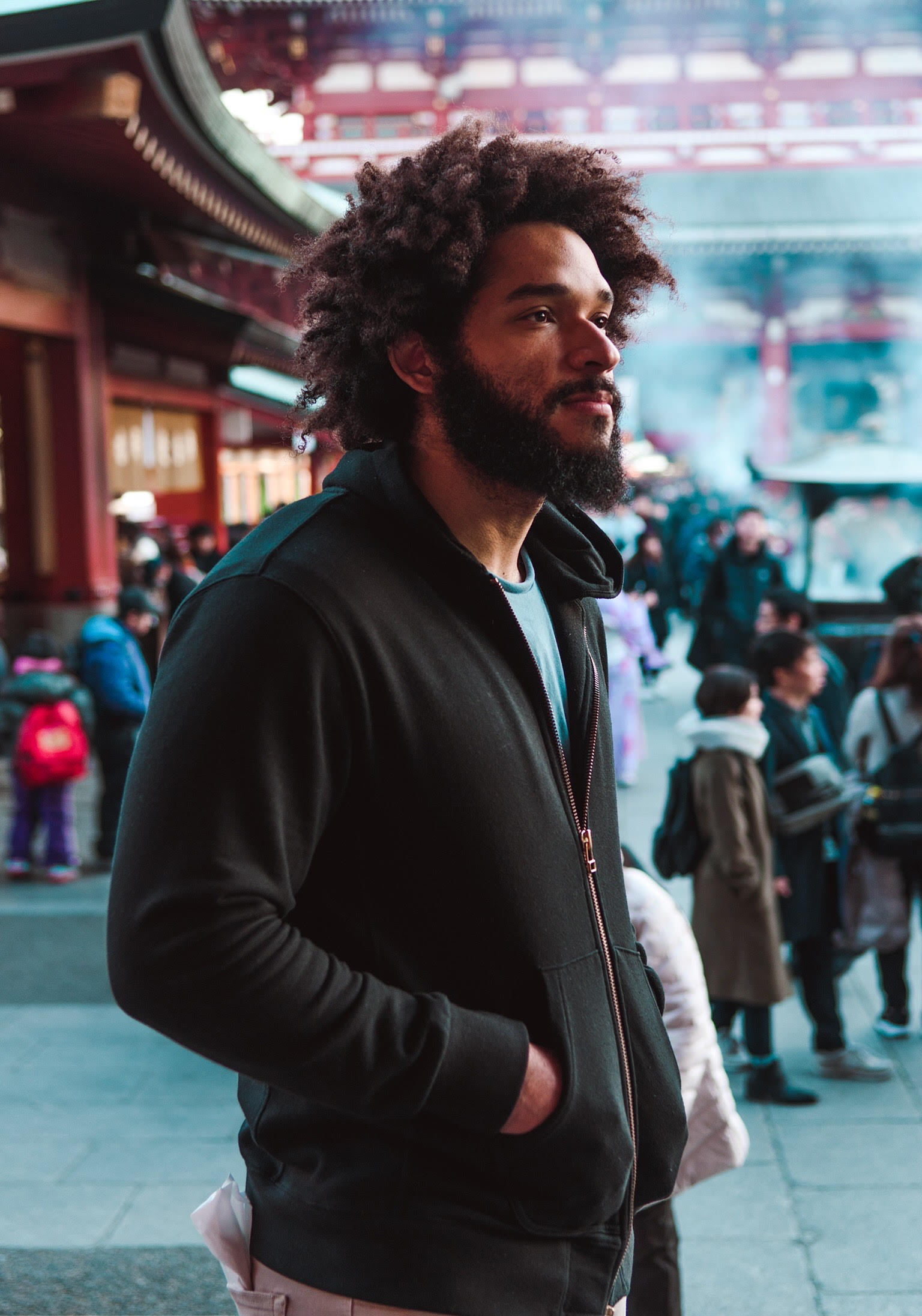 Carl E. Fields is a Ph.D. candidate in the Department of Physics & Astronomy at Michigan State University. Carl’s research focuses on astrophysical sources of gravitational waves, stellar nucleosynthesis, and multi-dimensional simulations of core collapse supernova explosions and their massive star progenitors. Carl is jointly supported by the National Science Foundation and Los Alamos National Laboratory. During his time at MSU, he has co-authored several scientific publications, two of which he is the first-author for and one that was published in the prestigious journal Reviews of Modern Physics. Carl has also been involved in many outreach activities locally and outside of the university, including the SpaceTime project with The Planetary Society, a program aimed at connecting scientists with classrooms across the country. He is also interested in developing new ways that technology can contribute in significant ways to the development of college-level physics and astronomy curricula. After completing his Ph.D., Carl looks to transition to a postdoctoral position.  In this position, he will work on using next generation computational models of stellar explosions to make accurate predictions of multi-messenger signals for ground-based detectors. 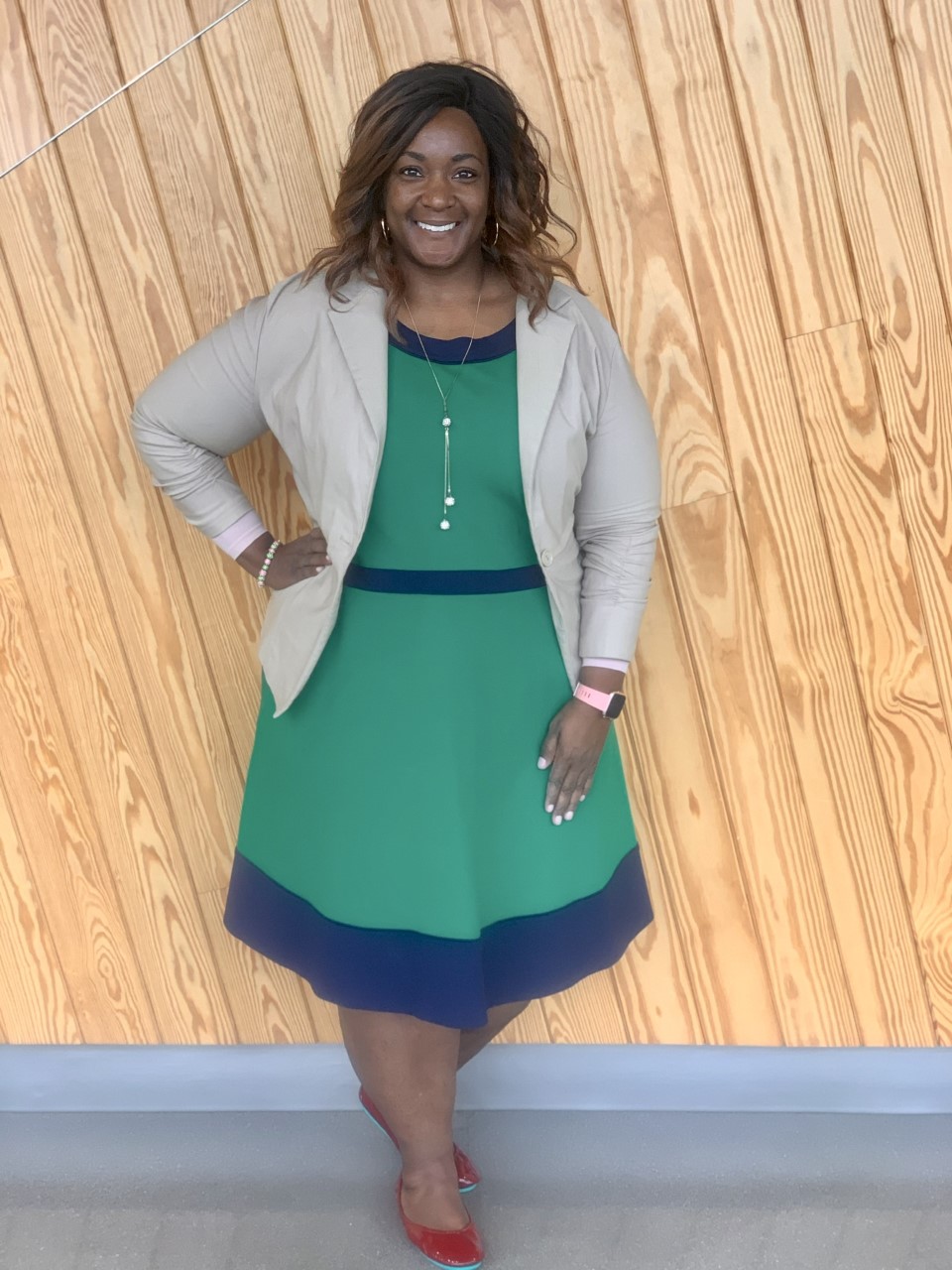 Demetrice (Dee) Jordan is a dual-Ph.D. candidate in the Department of Geography, Environment and Spatial Science and Environmental Science and Policy at Michigan State University. Her dissertation focuses on risk reduction approaches to tsetse and trypanosomiasis control in sub-Saharan Africa. African trypanosomiasis is a vector borne parasitic illness transmitted by the bite of the tsetse fly, effecting both humans and animals. Dee is the founder and current co-leader of the Advancing Geography Through Diversity Program (AGTDP),  an innovative program focused on diversifying the graduate program in her department. Dee is the 2020 Association of American Geographers Enhancing Diversity Award winner, becoming the first graduate student to receive this honor. In 2019, she received a Dr. Martin Luther King Jr. Endowed Scholarship, the Council of Graduate Students Disciplinary Leadership Award, and the E. James Potchen Award for Outstanding Graduate Student of the Year in Geography. In 2018, Dee was named MSU’s Excellence in Diversity Awards Individual Emerging Progress recipient and the Black Faculty, Staff and Administrators Association’s Graduate Student Emerging Leader. Dee is a member of the College of Social Science Dean’s Advisory Board for Diversity and Inclusion. She has also been actively involved in student government at MSU, serving two terms on the Council of Graduate Students from 2015-2017, becoming the first African American woman elected to the organization’s executive board and the first African American to serve as president. 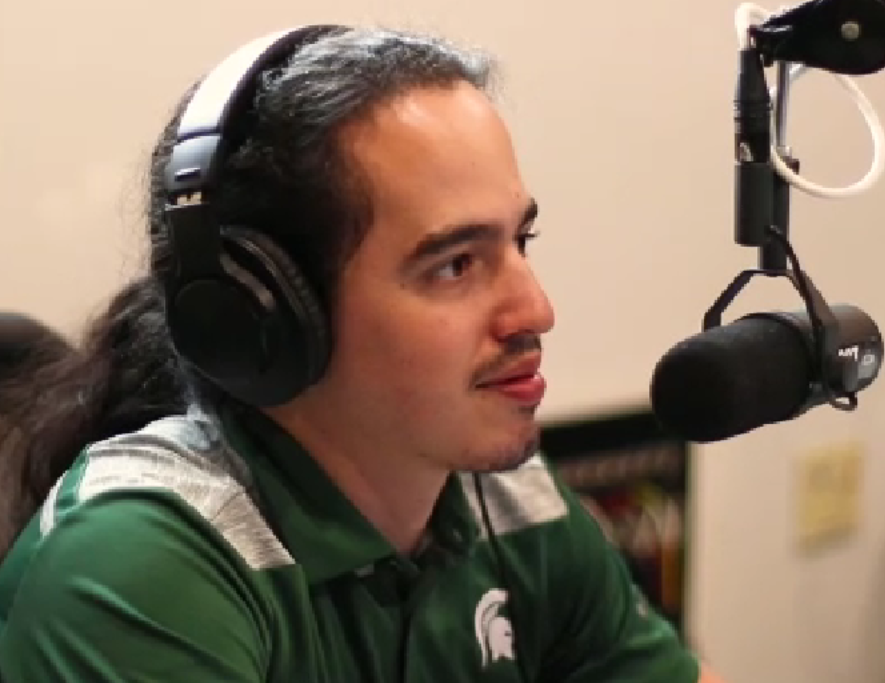 Daniel Puentes is a Ph.D. candidate in the Department of Physics and Astronomy at Michigan State University. His research specializes in experimental nuclear physics, and he carries out his research at the National Superconducting Cyclotron Laboratory (NSCL). Daniel is a part of the Low Energy Beam and Ion Trap Group, a group that performs high-precision mass measurements to inform nuclear astrophysics and nuclear structure studies. His research focuses on the mass measurement of 24Si to constrain reaction rates and light curves observed from Type-1 X-ray bursts as well as on the creation of a gas cell with an entrance window that will be responsible for converting molecular ion beams into atomic ion beams. Daniel is also engaged with the community through different local initiatives. He co-hosts a science radio show called “The Sci-Files,” an innovative  space where graduate students are interviewed and explain their research agendas to lay audiences.  He is also a part of a local city program known as the East Lansing Emerging Leaders Program, an initiative that has allowed him to learn about how the local government operates and how citizens can make a difference within their city. Daniel is a founder and leader of a science communication organization that seeks to connect the public and scientists to show how science plays a role in today’s society. It is his vision to make science more accessible for everyone while understanding how he can use science to inform policies from the local to the federal level. 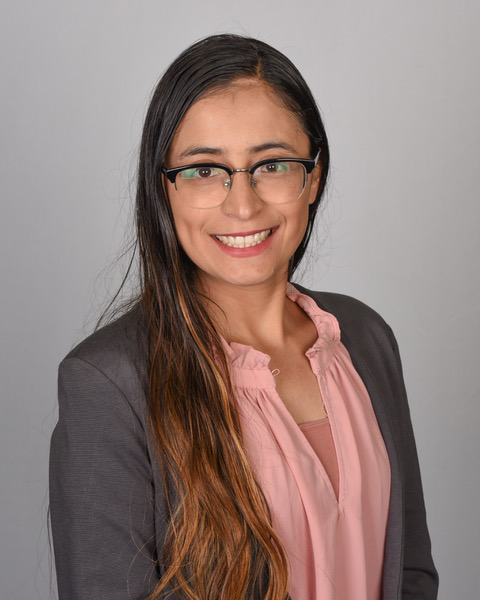 Connie Rojas is a Ph.D. candidate in Ecology, Evolutionary Biology, and Behavior at Michigan State University. Her research is at the intersection of animal behavior, ecology, microbiology, and computationally biology. Specifically, she uses next-generation sequencing to study the functional contributions and benefits of the microbiome (communities of microbes that inhabit animals’ bodies) as well as the potential ecological and social factors that may be impacting these communities. Connie has presented her research widely at national conferences and recently published an article in Oxford’s FEMS Microbiology Ecology. Connie is currently working on a refreshing teaching-as-research project in a microbial genomics course that investigates how the utilization of interactive web apps can assist undergraduate student learning, particularly regarding key concepts and statistics. Connie is a member of the steering committee for MSU’s Alliances for Graduate Education and the Professoriate (AGEP) and serves as president of her program’s graduate student organization.  She has assisted with the organizing of their annual conferences/symposia and professional development activities. Connie is passionate about mentoring youth, particularly those from underrepresented backgrounds in the academy.  For instance, she taught high school students in MSU’s Upward Bound Summer Program, and helped undergraduate students develop their poster and oral presentations for MSU’s Summer Research Opportunities Program (SROP). Her ultimate goal is to become a professor of Biology and conduct quality research as well as teach and mentor undergraduates. As a first-generation student from an immigrant and low-income background, she hopes to be a resource to many students in the academy. 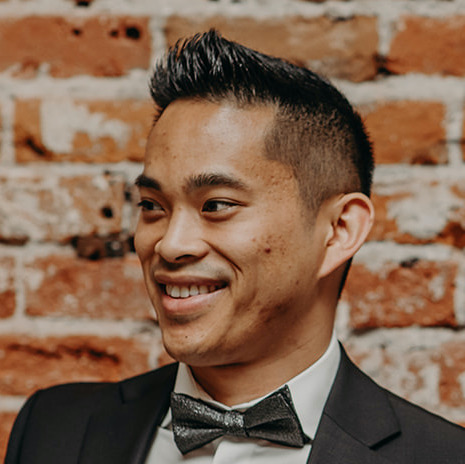 John Tran is a Ph.D. candidate in the Department of Plant Biology at Michigan State University. His project aims to improve plant biofuel technologies by genetically reducing the cell wall structural integrity of plant biomass that is difficult to digest during industrial processing. He has identified a transport protein likely involved in delivering monolignols for building the lignin polymer, which is responsible for rigidifying the plant cell wall. An Arabidopsis mutant in this gene showed substantially reduced lignin content. Findings from his research will provide insights to regulate either the amount or composition of lignin in Poplar and other biofuel crops. John advocates for greater representation of research from Asian American graduate students. He is a founder and served as president of APAGA, the Asian Pacific American Graduate Alliance. He also worked to support multicultural graduate student programming efforts as a steering committee member for AGEP, the Alliance for Graduate Education and the Professoriate, and led as Editor for its science bulletin. He mentors undergraduate student research assistants in his lab, an experience he views as valuable for integrating research experiences into the undergraduate biology curriculum, and thus helping students broaden their ideas for career opportunities in STEM. He has been selected to participate in several teaching and learning professional development opportunities at MSU, such as the Data Visualization Institute and the Future Academic Scholars in Teaching (FAST) Fellowship Program. A fellow for the Spartan Innovation Venture Fellowship program, he aspires to become a faculty entrepreneur.