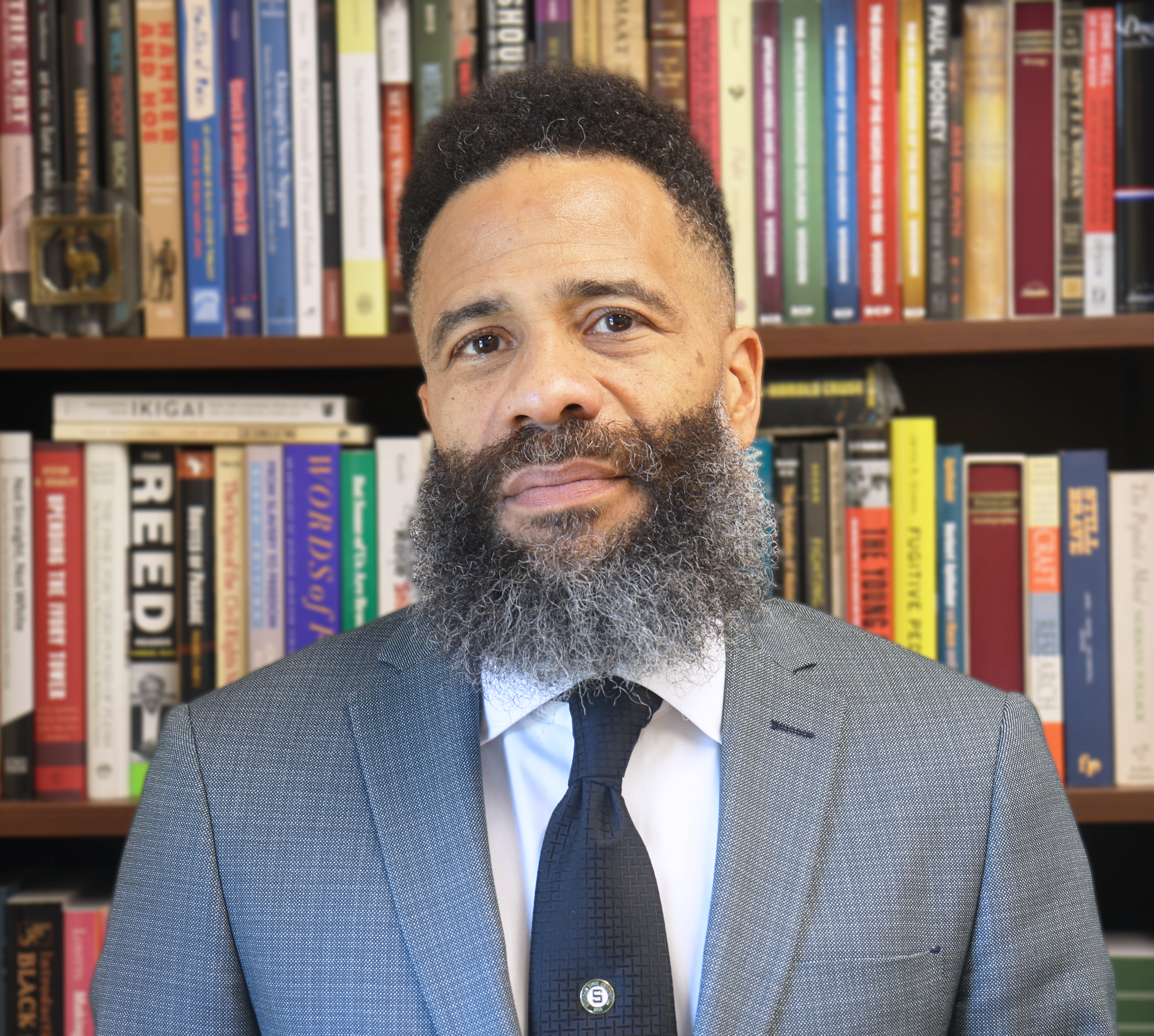 Dr. Pero Dagbovie
Associate Provost for Graduate and Postdoctoral Studies
and Dean of the Graduate School

Dagbovie is a University Distinguished Professor in the Department of History, the Associate Provost for Graduate and Postdoctoral Studies, and Dean of the Graduate School. He began his career in the Department of Interdisciplinary Studies in the College of Lifelong Learning at Wayne State University in Detroit from 2000 to 2003.  He then joined the MSU Department of History, teaching a range of courses in U.S. history, the philosophy of history, African American history and Africana Studies. He was a Lilly Teaching Fellow (2005-2006) and a core faculty member of the African American and African Studies Ph.D. Program. From 2010 to 2015, he served as the graduate director and associate chair in the Department of History.  In 2015, he became an associate dean in the Graduate School and contributed to a broad range of student success initiatives, including fellowship programs, recruitment and retention programs and learning communities such as the Alliances for Graduate Education and the Professoriate Program.  Dagbovie is a 2018-19 Big Ten Academic Alliance Academic Leadership Program Fellow and served on MSU's Strategic Planning Steering Committee, Diversity, Equity and Inclusion Steering Committee, and Task Force on Racial Equity.

His scholarship centers on African American history and twentieth-century U.S. history. He has authored seven books and numerous articles and essays, and he is currently the editor of The Journal of African American History, the leading scholarly journal in its field, founded in 1916.  He has delivered keynote presentations throughout the nation and abroad and is on the editorial boards of several scholarly journals, including The Michigan Historical Review, Modern American History, Journal of Black Studies, and Journal for the Study of Radicalism.  Active in public history, Dagbovie has served as a scholar consultant for the “And Still We Rise” permanent exhibit at the Charles H. Wright Museum of African American History in Detroit, the Association for the Study of African American Life and History, the Organization of American Historians and the National Park Service (U.S. Department of Interior) National Capital Region History Program, National Capital Parks — East. He is currently serving as the lead historian consultant for the restoration of the Carter G. Woodson Home, National Historic Site in Washington, D.C.  He has also served as a consultant for history and social studies curriculum development with public school systems in Michigan and has led numerous teaching history workshops and summer institutes for secondary school history teachers supported by the U.S. Department of Education, the Michigan Department of Education and the National Endowment for the Humanities. Dagbovie actively mentors diverse groups of students. He has mentored many undergraduate students in the Ronald E. McNair Post-Baccalaureate Achievement Program and the Summer Research Opportunity Program and has served as the major advisor of numerous graduate students who have earned doctoral degrees and are now working in academia. He is currently the MSU National Steering Committee representative for the Edward Alexander Bouchet Graduate Honor Society that was founded at Yale University.