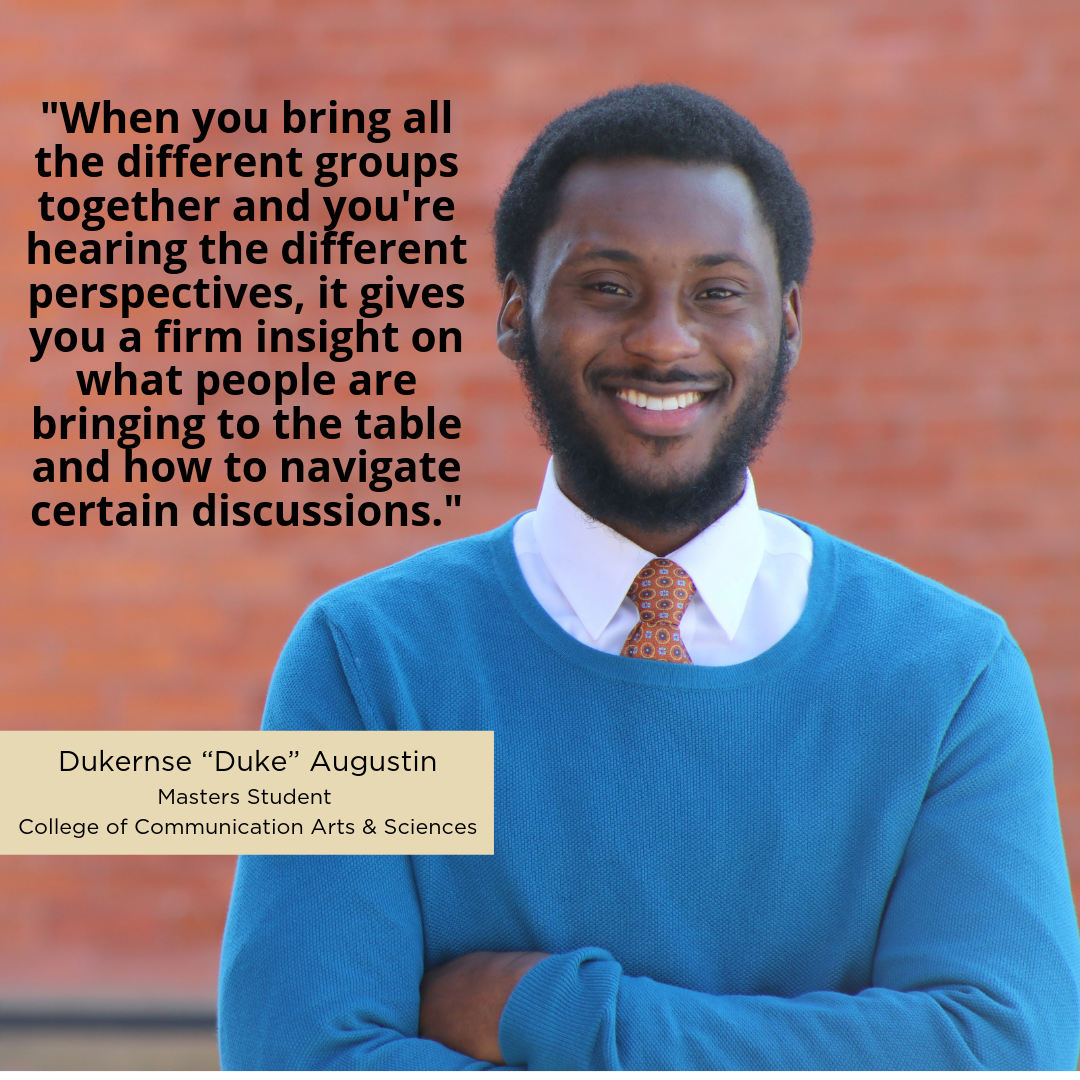 Dukernse “Duke” Augustin says, “I'm a first-generation student. I decided to come to Michigan State because I wanted to expand my horizons, and I wanted to try something different.” Duke is originally from a small agricultural community in Florida where graduating from high school is not always common, let alone going to college. In the end, Duke decided to attend Michigan State because his sister had success in the political science program at MSU so Duke decided to attend as well, inadvertently exchanging his “summers for winters”.

During his undergraduate experience at MSU, Duke was connected to Steven Thomas, and decided to get involved in the Summer Research Opportunities Program (SROP). Duke says, “I applied and was accepted into SROP, and I did research for two years in the epidemiology department… I think doing research within epidemiology department has really helped me given that many of the tables that I have sat in while doing research would have epidemiologists, people in public health and others that are primarily in social science. So when you bring all the different groups together and you're hearing the different perspectives, it gives you a firm insight on what people are bringing to the table and how to navigate certain discussions.”

Today, Duke is pursuing his Masters degree in Health and Risk Communication from the College of Communication, Arts and Sciences. Duke has published some of his research that he conducted during his time in SROP, and is moving into research that focuses on public health initiatives in Flint. Specifically, Duke is conducting focus groups in Flint that aim at understanding the factors that people use in deciding to vaccinate or not to vaccinate their children.

Duke mentioned that one of the biggest lessons he has realized is that you can never truly know what’s in the future, so you can’t make concrete plans. You can only shape where you’re going based on the decisions and goals you make. Duke intends to work in the health field, and he is going to pursue a Doctoral degree in the near future. When asked what he enjoyed most about his experience at MSU so far Duke said, “MSU has a way of keeping people here” and believes it is the community environment that has been conducive to his success thus far and encourages people to stay a part of the Spartan community.