This guest lecture series brings individuals of distinction from higher education, global organizations, and philanthropies who have had profound experience in university outreach and engagement to share their thoughts, research, and practice with the MSU community. Advancing fundamental human rights and meeting basic human needs are the primary foci for the MSU Global Engagement Speaker Series.

Sandra D. Rodríguez Cotto is a journalist with decades of experience in Puerto Rico, the United States, and several Latin American countries. She works as a news and policy analyst, radio commentator, television producer, columnist,  and blogger.

She conducts her syndicated radio program on a series of regional stations that make up the Puerto Rico Information Network, is an analyst at radio station WPAB Ponce, and publishes a weekly column in the cyber newspaper NotiCel. She is also a contributor to several media outlets in the U.S. (El Diario La Prensa, All Digitocracy, Huffington Post, USA Today, Politico Magazine) and the Public Relations Portal of Latin America, based in Argentina.

She has authored several books on communication and journalism, most recently Bitácora de una Transmisión Radial (Log of a Radio Transmission; Trabalis Editores, 2018), chronicled during the passage of Hurricane Maria.

She received the Bolívar Pagán National Literature and Journalism Award, granted by the Institute of Puerto Rican Literature, for her opinion columns published in NotiCel and in her book En Blanco y Negro con Sandra (In Black and White with Sandra, 2016).

She is a founding member of the Autonomous Movement of the Deaf and collaborates with the March of the Deaf, San Gabriel College, and others. She was a member of the Board of Directors of the Puerto Rico Community Foundation and of the Association of Parents of Children with Disabilities. She is the proud mother of a special 16-year-old girl.

For more information and registration: GESS.MSU.EDU 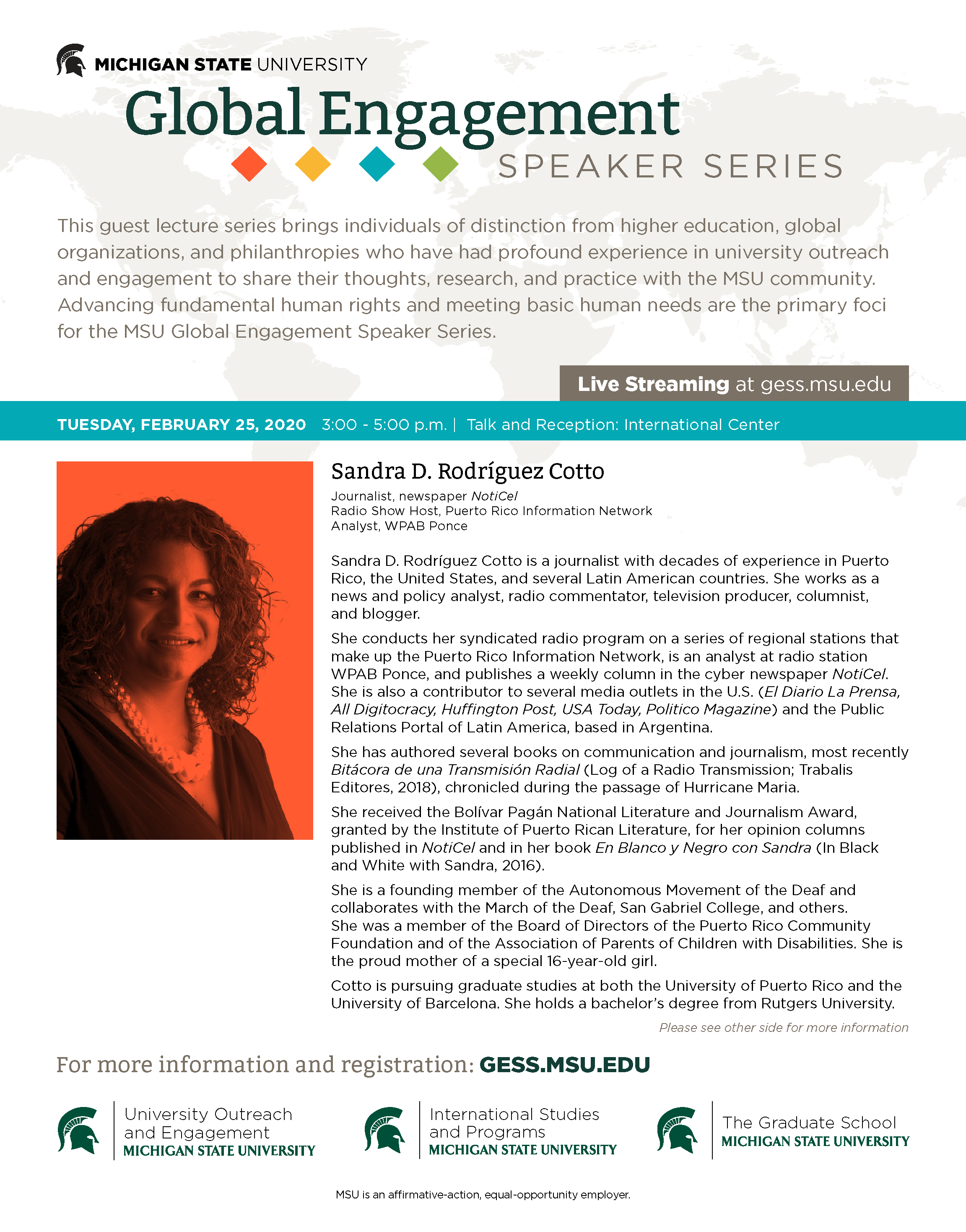